Les Bugnes are delicate and small twisted ribbon style beignets and are made from a dough very much like a doughnut and coated in a sugar icing. They are also known as Angels Wings and many other names throughout Europe. Have a look at the Wikipedia list of alternate names.

They are sold at Mardi Gras also known as Fat Tuesday which is the literal translation from French, just before lent due to their high-fat content. Les Bugnes were originally a speciality of the Duchy of Savoy but quickly became a speciality throughout the region, especially in Lyon where they can be found in the cold meat shops there, as well now as the bakeries.  Les Bugnes were also traditionally made at home as a way of using up surplus fat before lent.

Les Bugnes are commonly sold during Shrove Tuesday (Mardi Gras) Ash Wednesday, the day before lent at carnivals around this time and on Fat Thursday the last Thursday before lent.  There seem to be two types of bugnes in our region of France they are soft light doughnut style small twists and in Lyon the ‘Bugnes Lyonnaise’ is a crunchy flatter style which has been fried in hot oil. Our local boulangerie has been making them daily for about a month now.  Seems like a good excuse to me to dunk a gorgeous light fluffy sweet doughnut into my morning coffee!

Recipe for Bugnes for Mardi Gras

Here is a recipe for Bugnes I found on a Lyonnaise bloggers site – Lyonvadrouille Gourmand It was in French so I have translated it here. There are many variations but all are basically a doughnut dough and are flavoured with either lemon zest, orange flower water or rum!
Print Recipe Pin Recipe Share on Facebook
Prep Time 15 mins
Cook Time 3 mins
Resting time for dough 2 hrs
Course Breakfast, Dessert, Snack
Cuisine French

The bugnes that I photographed for this post I bought at our local bakery La Boulangerie du Centre, Viry.

Recipe for Bugnes - Pin for later! 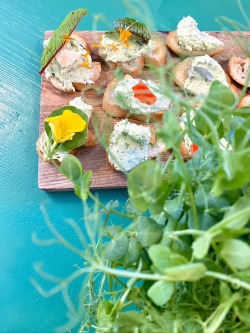